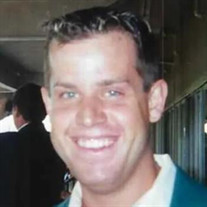 Adam Bryant Oates, 40, a longtime native of Louisville, KY, passed away in Punta Gorda, Florida, Sunday, March 20, 2022, Adam was born on February 23, 1982, at Baptist East Hospital in Louisville, KY to Sharon and Robert Oates. Adam's proudest achievement was defeating his four-year long childhood battle with Leukemia. It wasn't until remission that he truly began living life. From then on, be it acts of fearless choices or remarkable resiliency, he always pushed life to the limits, prevailing in times both good and bad. That is, until God called him home to rest in eternal peace. Adam will always be remembered as a survivor to his family and friends. Adam had an affinity for buying and fixing cars. At times, his home looked like a car sales lot. He cherished spending time with his grandmother and mother. His all-time favorite movie was Charlotte's Web, that gave rise to the affectionate, lifelong nicknames of "Templeton" and "Charlotte" amongst he and his eldest sister. Adam was an avid traveler to Florida, as his life dream was to reside there. In February 2022, Adam became a proud homeowner in Punta Gorda, Florida. Adam's greatest love and passion was for his two dogs, Bear and Scottie. Adam is survived by his mother, Sharon Oates (Guy Lorah); his father, Robert Oates (Cindy); his sisters Christina Oates and Kaitlyn Voet (Eric); his aunt, Valerie Oates, and cousins Sarah Oates and Victoria Borchers (Jacob). He is preceded in death by his maternal grandfather, Milo D. Bryant; his paternal grandparents, Gordon and Helen Oates; his uncle Gordon Oates Jr., and several close friends. In lieu of flowers, the family requests donations be sent to the Leukemia & Lymphoma Society or Friends of Louisville Metro Animal Services. Services will be 7:00 p.m. at Pearson's Funeral Home at 149 Breckenridge Ln, Louisville, KY, 40207, on Thursday, March 31, 2022, with visitation from 4:00 to 7:00 p.m., followed by a memorial service. Arrangements under the direction of Pearson's "Where Louisville Goes To Remember".

The family of Adam Bryant Oates created this Life Tributes page to make it easy to share your memories.

Send flowers to the Oates family.