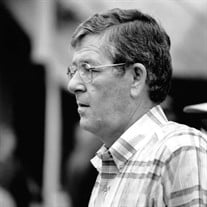 On Feb 27, 2021, A. Gary Lavin, VMD also known as Doc, Dockie or most importantly to him, GrandDoc, left the rest of us behind to mourn his loss but to revel in the many hilarious and touching memories he created for all who knew him. Dr. Lavin’s long career as a practitioner and surgeon was accompanied by a degree of dedication to the sport and his profession that led him to accept many roles and challenges. He served terms as president of both the American Association of Equine Practitioners and the Kentucky Thoroughbred Association and was vice-chairman of the Grayson-Jockey Club Research Foundation and a director of the Keeneland Association. In 1994, Dr. Lavin became the first veterinarian elected to The Jockey Club, and later became a steward of that organization. He also served on the boards of the Thoroughbred Owners and Breeders Association and the Breeders’ Cup. Over the many years he and his wife owned Longfield Farm in Goshen, KY., he and his family bred major winners, raised horses for the commercial market, and managed bloodstock for clients. Dr. Lavin received many honors, including his alma mater The University of Pennsylvania’s Bellwether Medal for Distinguished Leadership and the Thoroughbred Club of America’s Annual Testimonial Dinner guest designation. He was a Distinguished Life Member of the AAEP, recipient of the Distinguished Practitioner Award of the Kentucky Equine Practitioners, and the namesake of the Lavin Cup for Equine Welfare established by the AAEP in 1996. In retirement, he delighted in his many friendships throughout the equine world and found immense pleasure by participating in the Irish-based Alpha Racing Syndicate. Throughout his 83 years, Dr. Lavin was a perennial student, a voracious reader, and a fount of trivial knowledge . While Dr. Lavin’s vocation was all things equine, his avocation was that of husband, father, brother, grandfather and friend. He leaves behind his wife of 60 years, Betsy, sons Allan and Kevin, their wives Susan and Amy, and granddaughters Catherine, Alexandra, Elizabeth, Eleanor, Lulu and Hattie, sisters Gwyn and Gail, and friends too numerous to count. To see GrandDoc with his granddaughters from their infancies to their transformations as remarkable young women was to glimpse what gave him such great pleasure. The graveside ceremony will be private, but should a memorial contribution be considered, Doc would be pleased if you directed your thoughtfulness to the Grayson Jockey Club Research Foundation at 821 Corporate Drive Lexington, KY 40503. We are thankful for the memories of this brilliant, charming, affectionate and above all loyal man. Forever selfless, Doc always asked “You al'right?” and thanks to him, we will be. Godspeed GrandDoc. Arrangements under the direction of Pearson's, "Where Louisville Goes To Remember".

On Feb 27, 2021, A. Gary Lavin, VMD also known as Doc, Dockie or most importantly to him, GrandDoc, left the rest of us behind to mourn his loss but to revel in the many hilarious and touching memories he created for all who knew him. Dr. Lavin&#8217;s... View Obituary & Service Information

The family of A. Gary Lavin, VMD created this Life Tributes page to make it easy to share your memories.

Send flowers to the Lavin, family.